Make this French classic in your own kitchen – basically, an upturned apple pie with layers of sweet caramelised apple slices atop a crisp pastry dough. Perfect with crème fraîche or vanilla ice cream.

Apple tart tatin is essentially an upside-down apple, or sometimes pear, tart. The fruit is cooked in an oven-proof dish or skillet, and a rolled-out piece of pastry dough is placed over and on top of the caramelised fruit. The skillet or pan is then placed in the oven to bake. 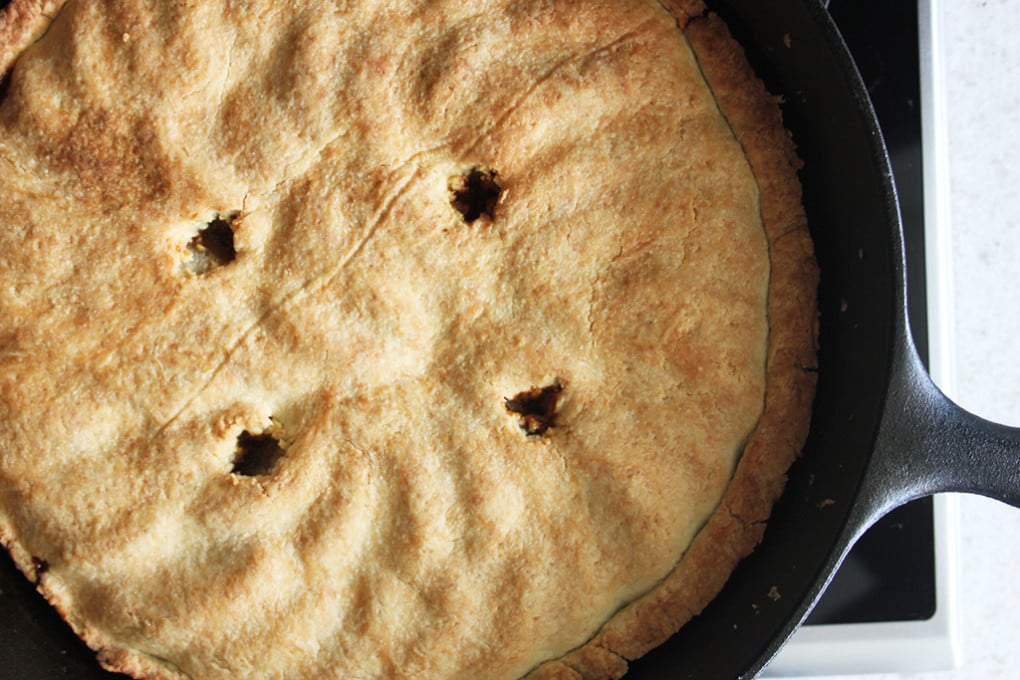 When done, the entire tart is turned upside down to show off the juicy caramelised fruit on top. The thickness of the tarte tatin is similar to that of a thick crust pizza with toppings, as only a single layer of fruit is used. I enjoy apple pie immensely, but I absolutely adore apple tarte tatin! This is such a treat when eaten warm with crème fraîche or vanilla ice cream.

But first, any discussion of apple tarte tatin really should tell a little of its history – how it came to be enjoyed as a French classic over the past century. Yes, I did say century! It is told that the tarte tatin’s name commemorates the Tatin sisters who lived in the Loire Valley in the early twentieth century and made their living selling it. The French call it tarte des demoiselles Tatin or ‘the tart of two unmarried women named Tatin’.

Many a great dish was born out of mishap or accident in the kitchen, and so it was as well with the tarte tatin. The story goes that the Tatin sisters had accidentally overcooked the apples and in a hurry to serve the dish, simply covered the fruit with pastry, baked it and served it to their customers. It was such a runaway success to say the least, and the rest is … well, quite literally, history! 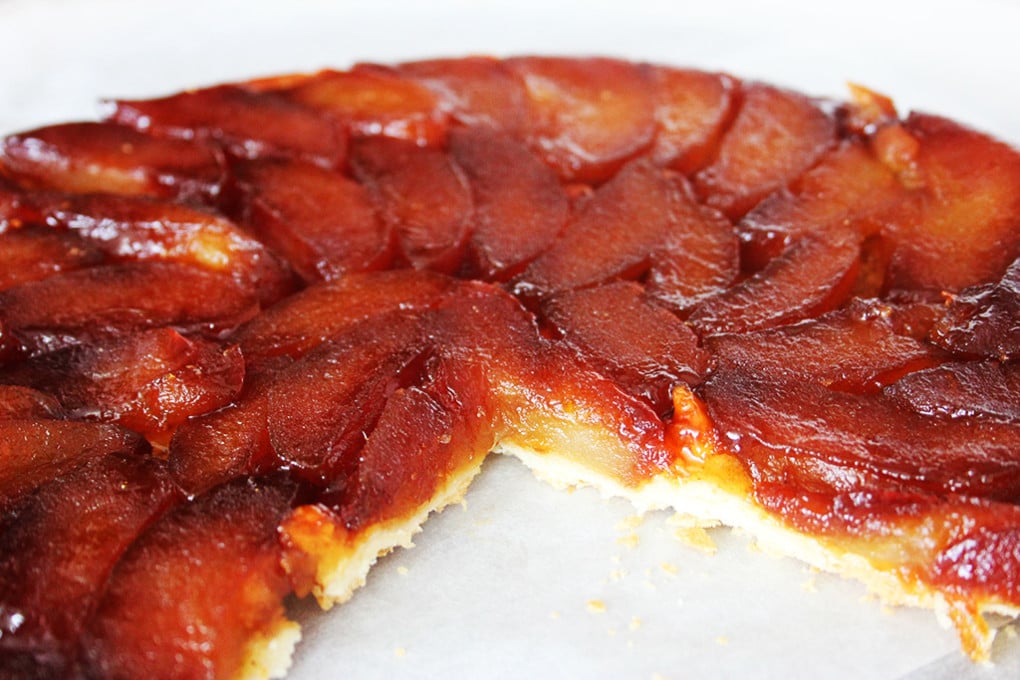 There are many recipes for apple tarte tatin available but I’ve used this one many times and I like it for its simplicity and great results. Still one of the best tarte tatin recipes ever.

Don’t worry about trying to get your tarte tatin out neatly and together in one piece, as you overturn your pan or skillet – my apple slices stick to the base of the skillet all the time, and it’s not uncommon to have the pastry edges break up. I simply do a little ‘corrective’ arrangement by placing the ‘missing’ slices back in their places on the tart!

Just remember that the caramelised juices stiffen as it is left to rest longer, which we don’t want as the apple pieces are likely to stick to the pan when you overturn the skillet – and you’ll have a tarte tatin with dented, empty impressions of where the fruit slices were. Think of how our gums missing some teeth would look like! So do remove the tart about 15 minutes after it comes out from the oven.

Also, be very careful when you overturn your pan or skillet, as the fruit juices could run out from the edges of the pan or skillet as you overturn it. While I enjoy making a tarte tatin in my cast iron skillet, I’ve come to realise that overturning it required a titanic effort! And it could be dangerous too! I don’t know about you, but I have upper arm muscles the size of cotton balls, so I had to recruit my hubby for this task. Do wear oven mitts that cover more of your lower arm, or drape a large kitchen towel over your arm as a precaution.

For the Pastry Dough

For the Apple Filling

Putting the Dish Together

Did you make this recipe? 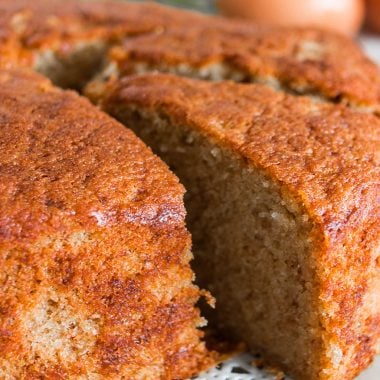