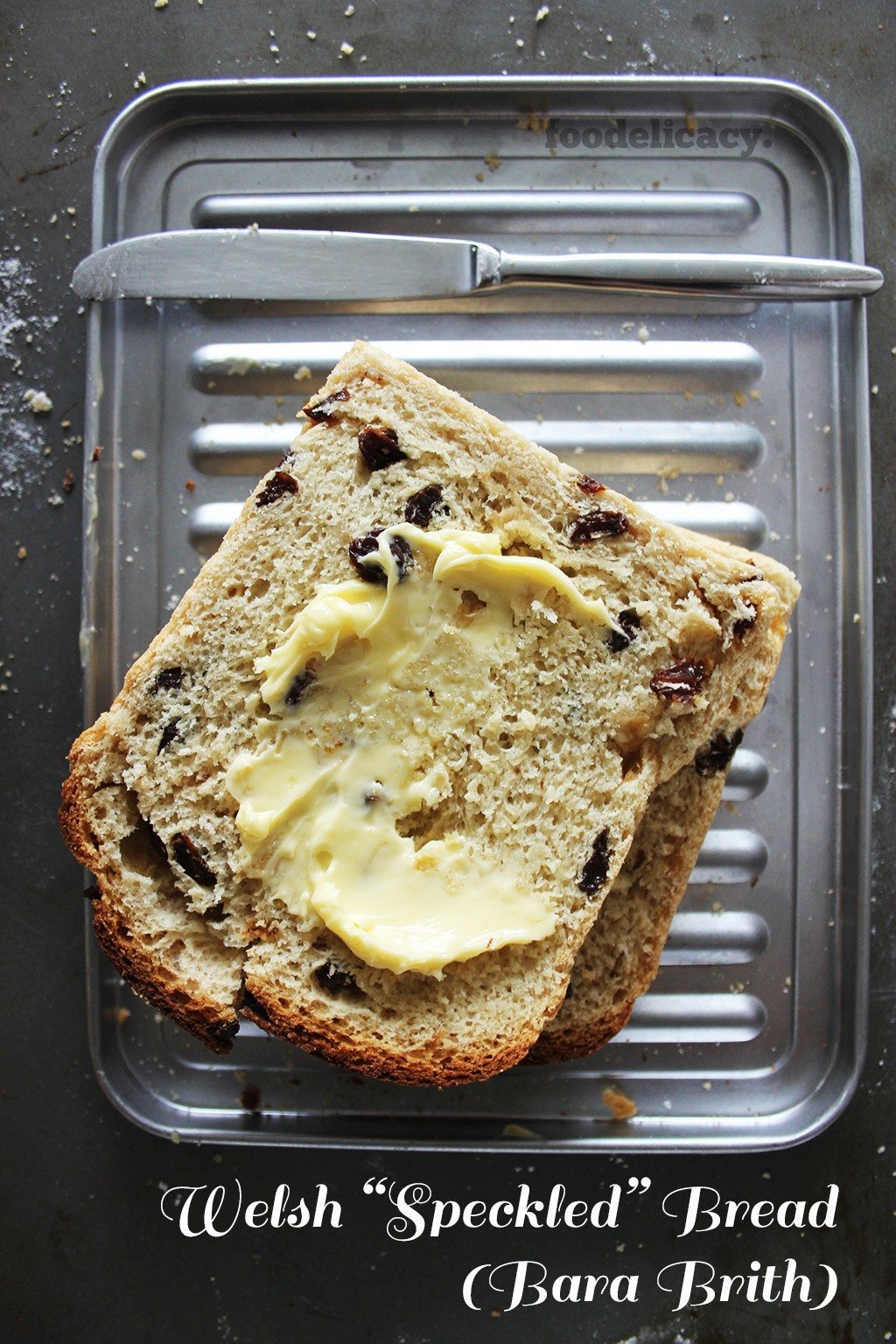 There’s something about European-style breads that I absolutely savour. On our past travels through various parts of Europe, the many family-run bakeries dotting the towns and countryside, offering freshly baked artisinal breads, were as much the highlight for me as was the breathtaking geography of the land and the cultural norms and customs we encountered.

I found it absolutely fascinating and awe-inspiring that these multi-generational families and households of bakers have faithfully followed recipes handed down by their ancestors, mostly by word of mouth or learning by doing, from as long ago as the 17th century!

From soda bread to sourdough, wheat and rye, I think European breads have so much to offer with their assortment of flavours and textures. European breads are often flavoured with sweetened dried fruit, also with savoury herbs, grains and seeds, as well as certain liquors and beers. They can be enjoyed as a breakfast or tea slice or toast, simply buttered or spread with jams and preserves. Many are great as dipping breads and sandwich slices, and can hold together pretty hefty savoury fillings such as slices of roast beef, chicken or pork fillets, and even more, when topped with vegetables, sauces and dressings! 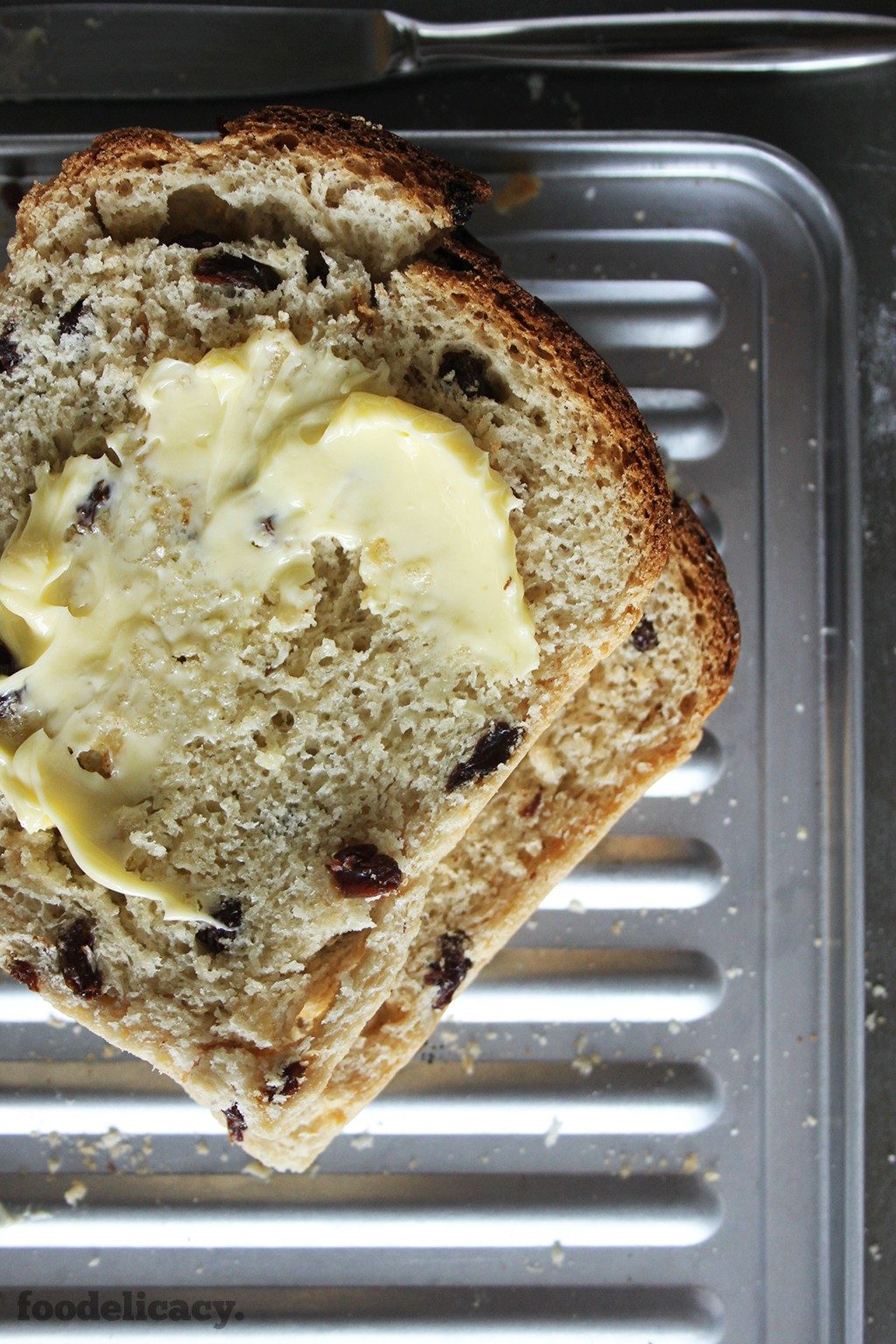 Oh yes, did I mention that some of these traditional recipes were handed down through the ages? I kid you not. This Welsh “speckled” bread or bara brith (in Welsh) is one such recipe. Bara brith is either a yeast bread enriched with dried fruit (usually raisins and currants) and candied peel or a no-yeast fruit cake made with self-raising flour.

I came across this after browsing through a book I borrowed from the National library, titled ‘Bryn’s Kitchen’ by Chef Bryn Williams. Bryn Williams is widely regarded as one of Wales’ best chefs and one of Britain’s fraternity of ‘celebrity’ chefs. As Bryn tells it, this is his Nain’s (Welsh for grandmother) traditional recipe which has been in the family since 1891. Seriously. 1891 – jaw-dropping, right? I know, I had the same ‘woooaaa’ moment. I was intrigued. So intrigued that I just had to try my hand at this. 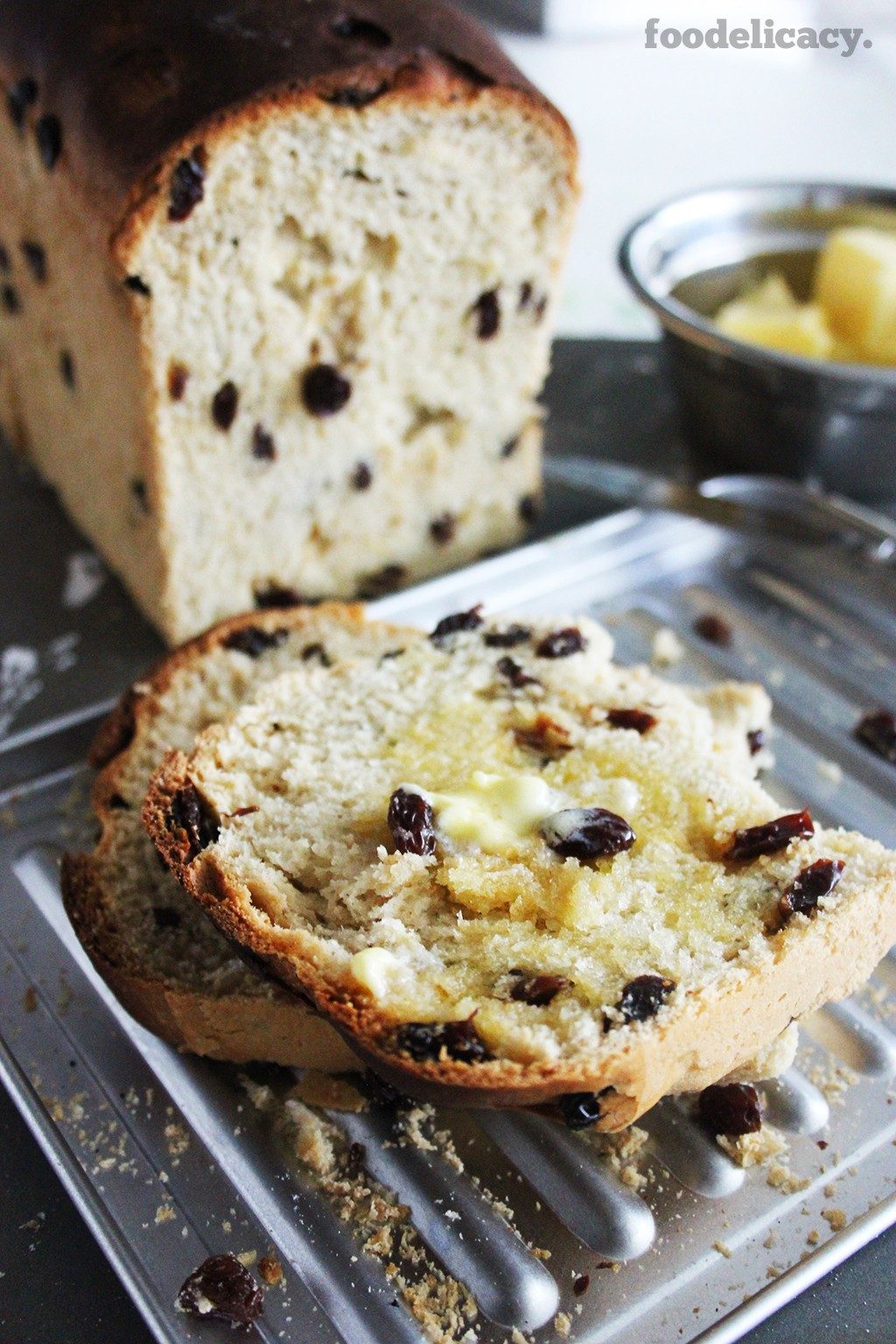 But wait, I haven’t even begun to tell you the long and short of my baking episode. I’ll make it short, I promise.

Alright, let me just say my first attempt at bara brith was utter disaster. The original recipe calls for fresh yeast, but I only had instant yeast. I didn’t really take the time to think through all that thoroughly how the differences in the yeast could impact the dough recipe or process. I had baked bread many times over, and successfully as well, so perhaps I was a little too self-assured. Well, this is where I get to say that one can never really get too confident about anything. So, the yeast (er.. gist) of the story is that I made mistakes from the get-go.

Basically, I had a dough that didn’t rise enough or as it should have. After 4 hours of proofing (this should have taken just over an hour) and a dough that rose only so slightly, I decided to pop the dough into the oven just to see (fingers crossed) if a miracle could happen. Out came the bara brick, err.., brith.

Round 2. I did my homework and read up on yeasts – fresh yeast versus active dry, instant, rapid rise, or whatever names they go by. The thing is, I’ve worked with yeast a lot in the past, so I thought I knew enough, and yet, I didn’t know much – makes sense? Having gleaned a little more understanding into this crucial ingredient, I then modified the process. As for the rest of it, let’s just say I went along with my 30% gut instinct and 70% experience. I also made some changes like substituting butter for lard, and omitting candied peel as I just didn’t have any. 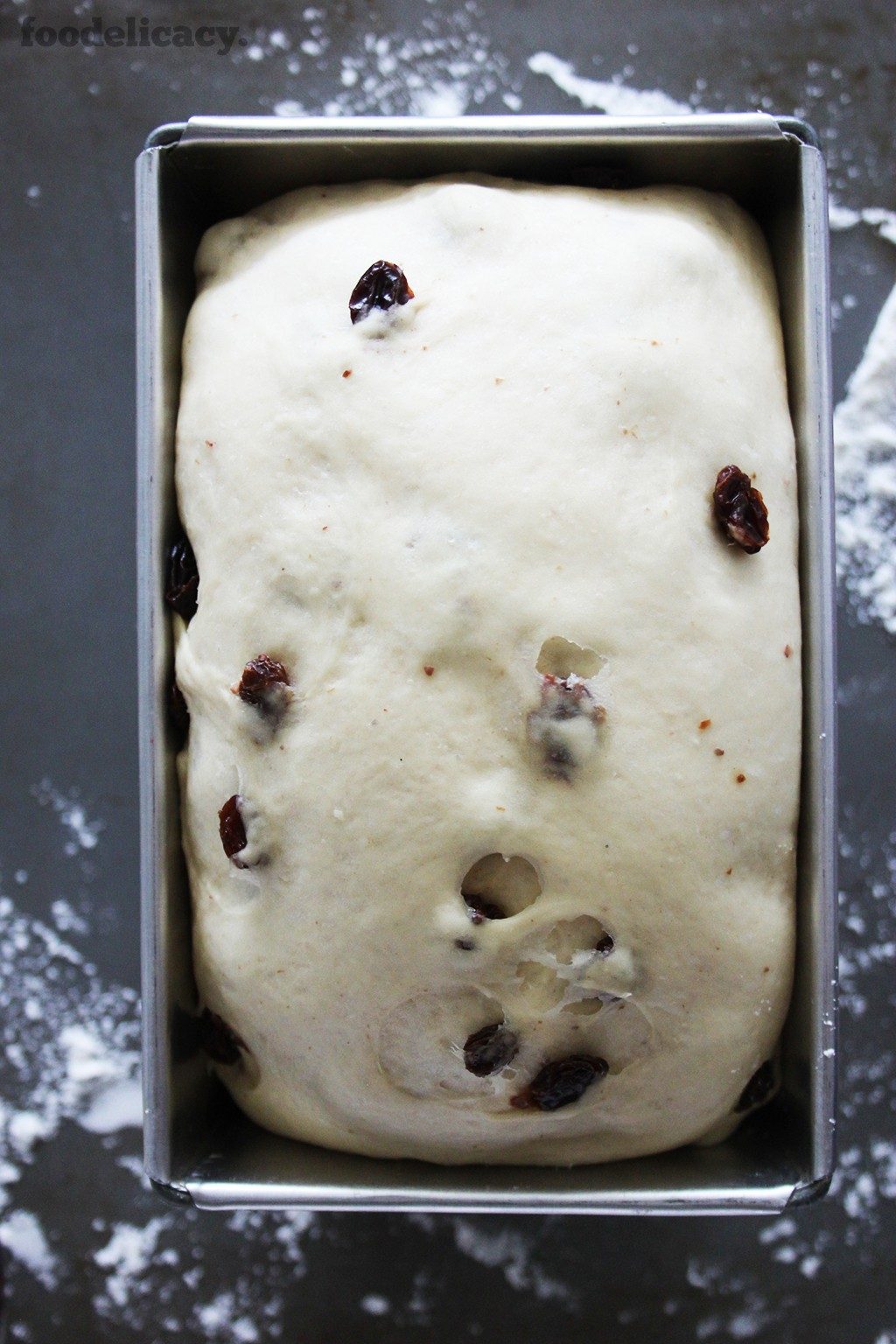 The result – a well risen dough after 1 1/4 hours, which baked beautifully in the oven for 40 minutes. And just to make sure that I get a nice crisp, crusty bread top without drying out the texture of the bread during the baking, I made a simple water bath. I couldn’t have been more pleased!

The bread was crisp on top and all around the sides, but surprisingly moist and chewy on the inside. Oh, and what flavour as well! I can only imagine how much more flavourful this would have been with the lard and candied peel. But for now, I’ll take what I have with utter pleasure! Feel free to omit the water bath, if you think that’s too much of a hassle.

I have to say that this is a really easy bread to make, once I knew how to adapt the recipe to work with instant yeast. Now you can easily make no-fail bara brith too. Just remember, bara brith is a subtly sweet tea bread, best enjoyed with slabs of slightly salted butter or cheese, as suggested by Bryn (wink!). Enjoy! 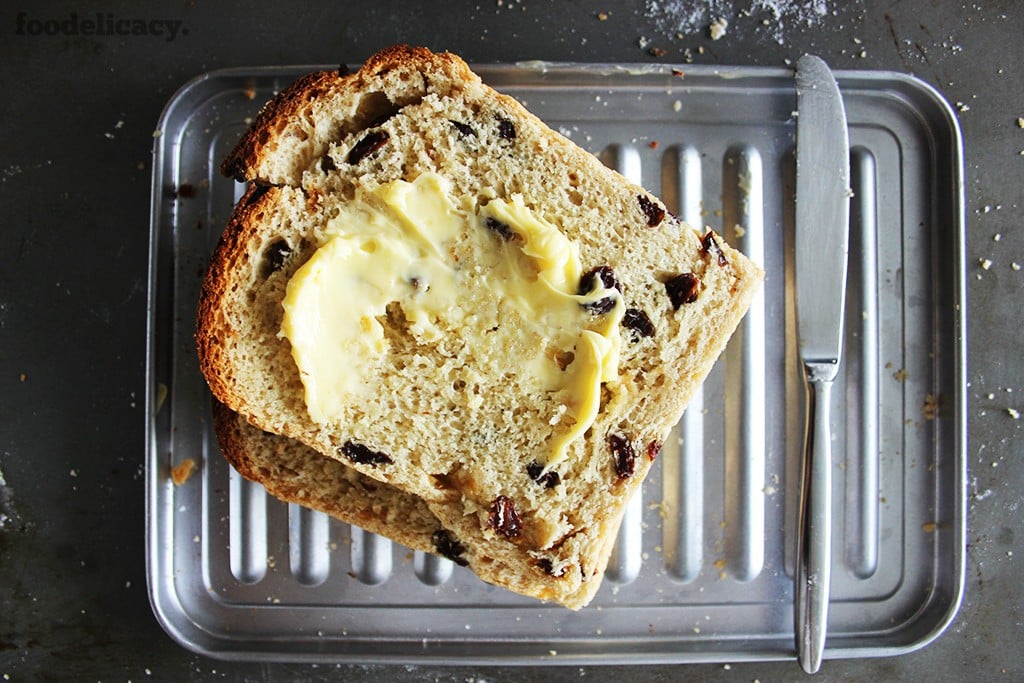 How to Prepare a Simple Water Bath

Did you make this recipe? 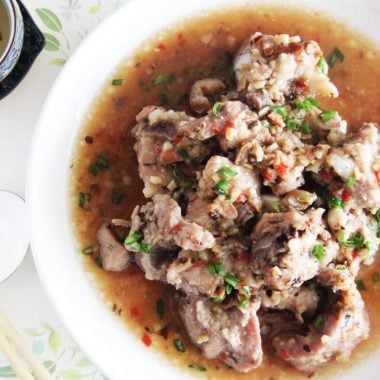 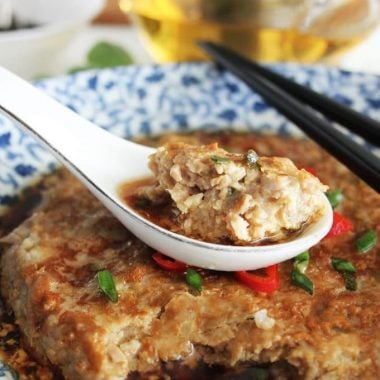